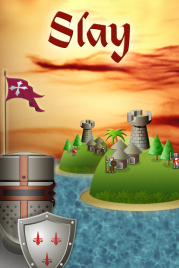 I am an app developer and an avid user of my ios devices. Today I decided to review another developer’s app. I am not affiliated with the developer or his app, nor have I been asked to review this app. I am simply reviewing it because this app is so addictive and so well built and I want to applaud the developer for taking the time to build it.

My journey with slay started in a comment feed for a completely different app on the app store. Some user had basically written, “This game sucks… if you want a better strategy game that is highly addictive get Slay by Sean O’Connor.” So I decided to check it out.

At first I didn’t really understand Slay. I assumed it was too complicated but as I played I came to realize that it was more than likely too simple. Don’t worry, the complexity and strategy increases dramatically as you move through the levels from Very Easy to Very Hard.

The AI is perfect for every stage of the game and the amount of levels are astounding. I usually find that I play this game for a long time and then I force myself to stop… then something will make me try it again and I am just as hooked as before.

In the game you are basically trying to take over your whole island using players who have different strengths. In a typical game like this a peasant type player can be defeated by anyone but as your players move up in strengths they also consume more resources which are generated by the land you own. The whole game you must be continually balancing the strength and number of men you are using with the size of your land. You are always trying to beat the other players by taking over more of their land, while constantly keeping track of your own. Games can take anywhere from 5 minutes to hours depending on your skillset and desire to win.

If you are looking for an addictive turn based strategy game and you are willing to wander off the beaten path I highly recommend Slay. Slay is available as an iPhone app or an iPad app. Get it on the App store today. 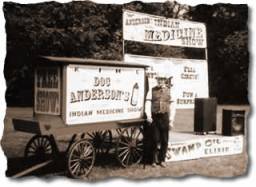 All throughout history there have been scam artists and snake oil salesmen. Those unscrupulous men and women who will promise you the world for the sake of a dollar and then hit the road before you realize that their promises are nothing but hot air.

Rip off artists can be found in every town, in every country. Some of their scams are brilliant, others are completely laughable and often I wonder how they can get away with it. Usually it’s simply because no one wants to admit they fell for the scam, sometimes it seems there is nothing you can do about it after getting ripped off.

Here in Canada where I live there are email scams, phone scams, text scams… everywhere you turn someone is offering you a service that seems too good to be true. Many times the service will seem reasonable or even beneficial and relatively harmless. Recently my wife purchased shoes from a shoe store that asked to set her up for sale and promotion alerts via text message. They promised her it was a free service offered by the shoe company. Over the next few months I noticed that her phone bill was much higher than usual, when I investigated I found that an SMS messaging service was sending her promotional coupon texts at $5 a text. When I phoned the SMS company to complain I was met with an archaic telephone answering system with numerous menus and long pre-recorded messages… After probably 15 minutes of listening and pressing buttons on my phone I finally ended up at the place where I can unsubscribe to this “free service.” I’m aware there are scams in many places, all over the world and in almost every situation… I don’t like them when they show up on the App Store.

I love the App store. I have loved it from the day it showed up in Steve Jobs Keynote. I loved reading about Steve Demeter the developer of Trism who made millions within the first few weeks of being on the app store. My wife was totally addicted to that game for months and months.

I remember when Ethan Nicholas came out with ishoot and I thought the app was ridiculous and rudimentary and yet so much fun. When I found out he made over $600,000 in a single month I thought he must have been a marketing genius. Those early success stories honestly gave fuel to my desire to be on the app store and yes I did hope that one day my apps would take off and begin to earn me a big fat paycheque… My apps do earn me money, and yes it is still a fun hobby for me but I don’t make anywhere near substantial money. I still love the App store and its proverbial promise, “There’s an app for that.”

Recently though, I have been saddened, annoyed, maybe even angered by the rip off artists who have begun to populate the top 25 lists. A few weeks ago a book came out called App Empire by Chad Mureta, it seemed to promise a surefire method for app store success. I was curious so I read some reviews online and did some research. From everything I found it seemed like a credible book. Chad Mureta seems to promise that you can become an app store success with no programming experience, no computer, just a cell phone and some start up cash. This made no sense to me so I drove to Chapters to check out the book for myself. I was hoping this book might just have the piece of advice I am missing to increase my own downloads. This book is not about app store success, it is about creating “entertainment” apps and leeching money from successful well developed apps.

Ultimately, this book recommends ways to make money on the app store but not, in my humble opinion, ways to actually add value to the app store. Chad recommends finding the top apps on the app store and simply copying them. Name your app similar, if not almost exactly the same, to the already successful apps and your downloads will jump. He also recommends using numerous ads, especially pop up ads wherever possible in your app to encourage users to pay for an in-app purchase which simply removes the pop ups. He then recommends that when your app success starts to fade, simply change descriptions and tweak your keywords so that you can squeeze more success out of your app. Don’t bother improving the app. When the minor changes no longer work, simply resubmit the app under a new title and ride that one out too.

After reading as much as I could to know that I truly did not want to follow this advice I chose not to buy the book at Chapters. I walked out hoping and praying that no one follows his advice because it would cheapen the app store.

Then I found Lock  Screen [HD] a $1 app that seems to promise to give the user an “Android style” lock screen on their ios device. As it turns out when you buy the app it simply gives you pictures of different lock screens that you can set as your own lock screen via the Wallpaper function in settings. Basically it simply functions as a way to fool your friends into thinking you have a better locking method for your iphone than you actually do. Brilliant strategy if you are simply out to make some quick money on the app store but not if you want repeat customers.

Currently as I write this blog entry Lock Screen [HD] sits at #2 on the app store top 25 list here in Canada. It has an app rating of 1.5 stars and every reviewer seems very angry to have spent a dollar on the app. Currently there are 309 ratings, here are a sample of some of the reviews… “It’s just pictures don’t get it.” “Scam. I’d rate it zero stars but you can’t.” “Not what it said it was. A total fraud.” “This is obviously a scam. Waste of a dollar.” “DO NOT BUY.” “Such a scam, I can’t understand how apple even approves of such stupid apps.” Apps like this are not worthy of the Top 25 on the app store especially when you consider the brilliant apps that surround it on the Top 25 list.

To be fair, I am aware that my apps are mindlessly simple. I am also aware that a line of conversation starter apps will never see app store success but as a developer I also know that my apps are exactly what they say they are. Which prompts me to simply issue this warning to users of the app store, before you purchase anything on the app store, including my own apps, check the ratings and read the reviews. It just might save you a buck. One last thing, if you love an app, leave a review.

Thanks for reading this incredibly long post, thanks for the downloads and have a great day.